By clicking “I agree” or continuing to browse on our site, you agree our privacy policy and our terms and conditions. We also use cookies to provide you with the best possible experience on our site.

Prepare yourself for a cultural summer with our selection of this summer’s 5 must-see exhibitions!

Guggenheim Museum, New York City. A revival of the annual exhibition established by the eccentric French author and critic Joséphin Péladan (1858–1918) and held in Paris to represent the doctrines of his Rosicrucian order—a fraternal, esoteric religious sect. Until October 4, 2017.

Musée des Arts décoratifs, Paris. A comprehensive exhibition inviting the visitor to discover the famous fashion designer’s universe as a celebration of the 70th anniversary of the creation of the Maison Dior. Until January 7, 2018.

3. On the Horizon: Contemporary Cuban Art from the Jorge M. Pérez Collection.

Pérez Art Museum, Miami. A selection of works by contemporary Cuban artists to explore the diverse cultural and emotional landscapes of recent Cuban art. Until April 8, 2018.

Victoria & Albert Museum, London. An ambitious exhibition examining the work and legacy of influential Spanish couturier Cristóbal Balenciaga, with over 100 pieces crafted by ‘the master’ of couture, his protégées and contemporary fashion designers working in the same innovative tradition. Until Sunday, February 18, 2018.

Museo Nacional Centro de Arte Reina Sofía, Madrid. A major exhibition held in honor of the 80th anniversary of Pablo Picasso’s famous Guernica, highlighting the artist’s depictions of warfare and his ambivalent approach to violence and sexuality. Until September 4, 2017. 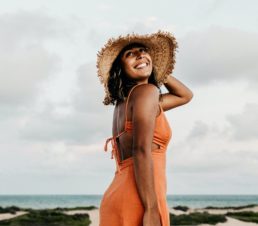 From straw hat to long skirt, discover our 5 must-haves for a day at the beach! 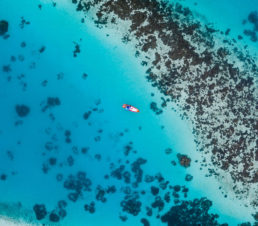 5 Places to Visit Before they Disappear!

The world is full of wonders and there's hardly enough of one life to see them all.

Enter the world of Esthederm!

Become a member for a chance to try out our products and get access to exclusive news!

Enter the world of Esthederm!

Become a member for a chance to try out our products and get access to exclusive news!

Please, fill in your details to receive personalized offers.

Fill in my information

Thank you for your registration!

Congratulations, you have successfully registered to Esthederm's newsletters. We'd love to get to know you a little better so that we can send you more personalised information, offers and expert tips.

Take a few minutes to tell us a bit more about you and your skin.